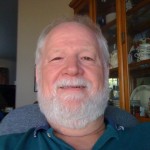 Hello everyone… Yes, it’s true… I took some time off after the 2012 NASCAR Sprint Cup Championship in Homestead, FL for some R&R and thoroughly enjoyed myself… (even welcomed a new grand baby girl into the world in January)

NASCAR for 2013 starts up in about a week and I can’t wait for it to start!! Of course we hope to have a few changes for the blogcasts and articles ready for Daytona and Speed Weeks. (Yeah, we still won’t be doing any driver or crew chief interviews because you can get those just about anywhere, but we will give our opinion of the coming season’s Sprint Cup races every week from our view — and, of course, that would be from Just A Nascar Fan’s point of view.)

A lot has changed since the Cup Cars last took to the track in the regular season and it has been well documented so far. (I’ll have to add my two cents just because some people say I’m opinionated and I wouldn’t want to let them down…)

So come on back next week and we’ll start the journey into the 2013 NASCAR Sprint Cup season together!!!

See ya next time…
All views expressed are strictly the opinion of the writer
© February 7, 2013 – all rights reserved
Rusty Norman, Nascarfansview.com and Justafansview.com
All audio productions by www.podcastnorm.com and PodCastNorm Productions

Rusty Norman is a writer, Big NASCAR Fan, Jesus believer, musician and former local Stock Car racer. singer, songwriter, author and blogger. He was born in Southern Illinois and moved to Florida with his parents in 1962. His first story was published in the 1968 school literary magazine when he was a junior at Cypress Lake High School in Fort Myers, FL. Although he didn't venture into writing immedately, he did begin writing regularly over twenty-five years ago. He has also been a sound technician over the last 40 plus years and produces, almost weekly blogcasts during the racing season on his Nascar websites as well as being involved in the media ministry at First Assembly of God in Fort Myers, FL. He maintains several websites, each with a different focus, and continues writing songs, poetry and short stories along with articles like those found in his "Living Life Notes" series. He has just released the first of three planned books in the Living Life Notes series. The second is expected to be released in the middle to late September of this year and the third is planned to be released sometime in 2015. He also has several other books and stories in the works as well, View more posts